In this section, we will review the following aspects of this topic:

Linear models include a linear variable. We’ll start by looking at models that are basically linear expressions

Review the topic of Linear Expressions. Here the goal is to have you build a mathematical model based on a verbal description. Here is an example.

Both the variables p and s are rates. To find the total number of pizzas and sandwiches sold, multiply each rate by the number of hours:

Look for questions that ask you to analyze or build a mathematical model using a linear equation. Let’s look at an example.

A restaurant sold p pizzas in a day, and each pizza cost $10. It also sold d drinks and each drink was $2.

On a given day 175 pizzas and sodas were sold and generated $750 in revenue. How many pizzas were sold?

Here is the mathematical model for finding the dollar amount of pizzas and sodas sold:

Here is the model for finding the total number of pizzas and drinks sold:

This is a system of equations, which can be solved by the Substitution Method:

Non-linear models can include quadratic equations or polynomial equations. You should review the Quadratic Functions and Equations section. Expect to see questions that involve either analyzing or developing a non-linear model of real-world situation. Let’s look at an example.

A ball is kicked from the ground level. The height (h) of the ball above the ground is modeled by this equation:

In the equation the variable t is the elapsed time (in seconds). The ball is kicked with a vertical speed of 20 meters per second. How long is the ball in the before it lands on the ground?

The equation shown is an example of a quadratic model. To find when the ball hits the ground is the same as solving this quadratic equation:

This quadratic is easily factored to find the two solutions: 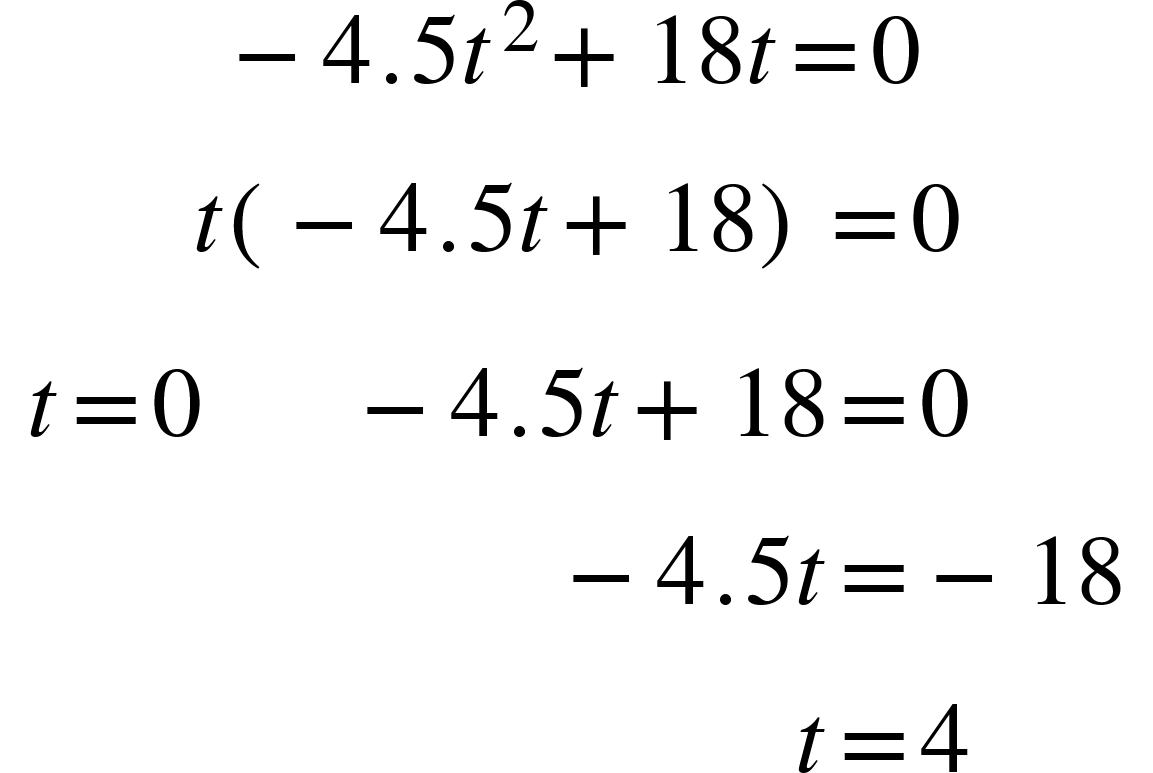 The ball will hit the ground after 4 seconds.