Linear Expressions, Equations, and Functions are found throughout the SAT, so it’s very important to be comfortable with all the key aspects of linear functions and equations. In particular, make sure you know these concepts:

Be sure you know how to translate a verbal expression into a linear expression like the ones shown above. To see examples of how to do this, click on this link to see a slide show.

Here are examples of linear equations with one variable.

If you need more practice in solving one-variable equations, click on the following links:

Another skill related to equation solving is the ability to rewrite an equation in an equivalent form. See the examples below.

Make sure you are comfortable with the properties of equality and the structure of an equation. For a quick review, click on this link.

Before studying what a linear function is, make sure you are comfortable with the following concepts, which we will also review:

Here’s how to describe the relationship between s and d:

The faster the speed, the more distance traveled.

Distance is dependent on speed.

Distance is a function of speed.

The most important form of a linear function is the slope-intercept form. 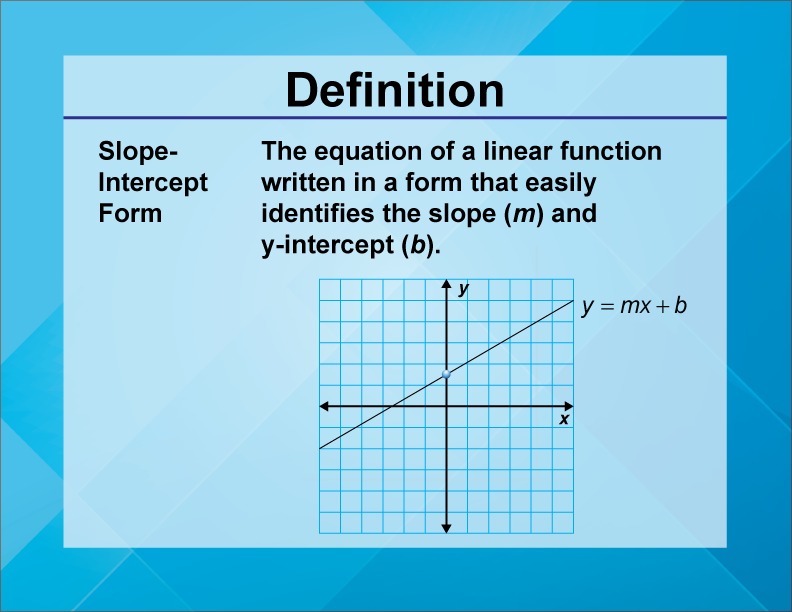 Given the slope, m, and the y-intercept, b, for a linear function, you can easily construct the equation and graph of the linear function. To see examples of graphing linear functions in slope-intercept form, click on this link. This slide show also includes a video tutorial. 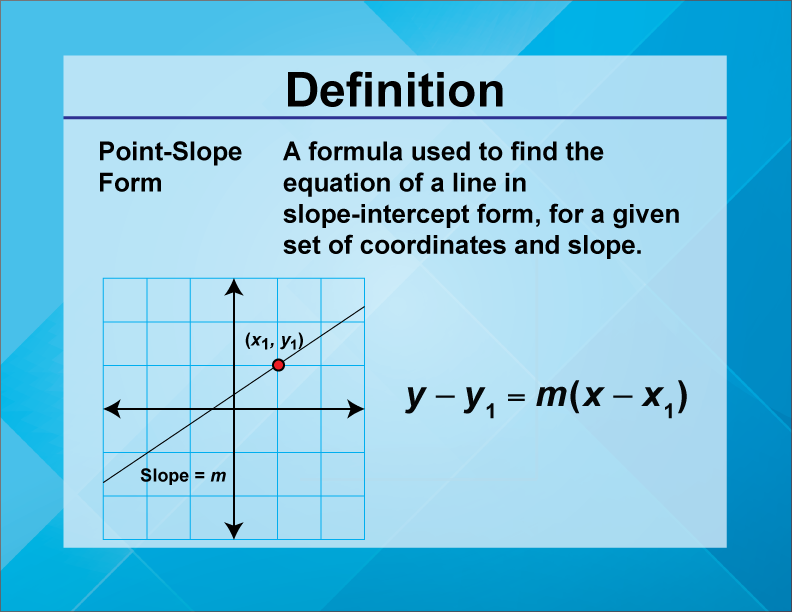 To see examples of deriving the linear function using the  in point-slope form, click on this link. This slide show tutorial walks you through the process and provides several worked-out examples.

A number of SAT questions will test your understanding of linear functions in slope-intercept and point-slope form.

Some SAT questions rely on your understanding of slope. While the slope-intercept form includes the notion of slope, there are some additional concepts included.

First, let’s review the basics of slope. This is the slope formula: 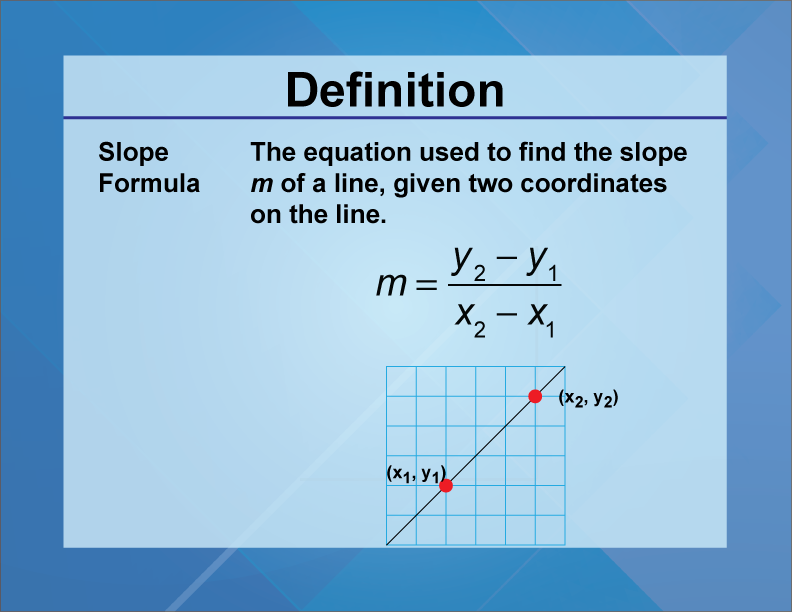 Given two coordinates, the slope of the line connecting the two points is found using the slope formula. 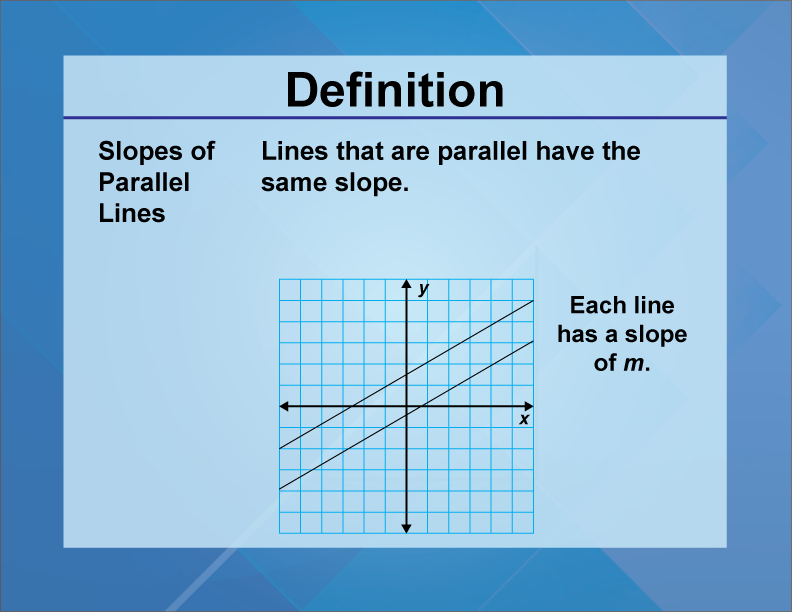 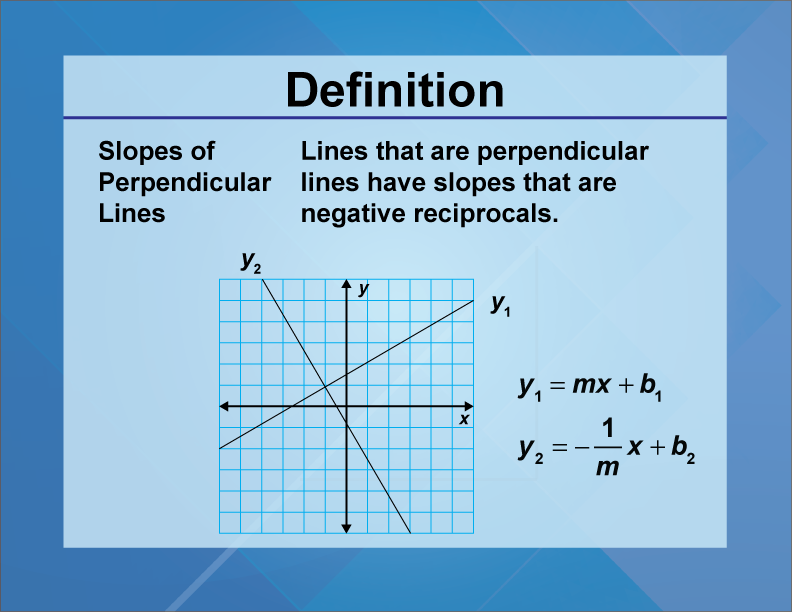 Basically, lines that are parallel have the same slope. Lines that are perpendicular have slopes that are negative reciprocals. Look at the following examples.

To see examples of finding the equations of parallel and perpendicular lines, click on the following links: