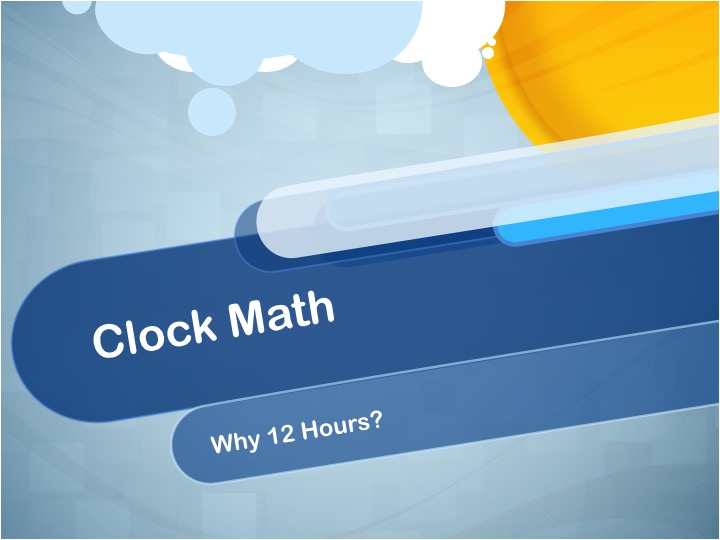 Why are there 12 hours in a clock rather than 10? In this video we explain why 12 is the preferred number for clocks and calendars.

To see the complete collection of video tutorials, click on this link.

Why are there 12 hours on a clock instead of 10? In this video we provide an explanation that includes a discussion of factors of a number. See thousands of ... 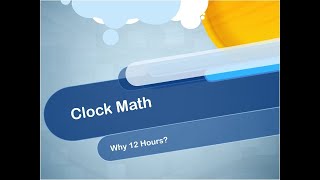 You can view the video here.

The video lasts for 2 minutes and 45 seconds.

We’re so accustomed to counting by tens, but there's a glaring exception, where we count by twelves. On a clock there are 12 hours, rather than 10. Why is that? On a calendar, why are there 12 months, rather than 10?

Believe it or not, there are instances when counting by 10 isn’t the best idea. To better understand that, suppose clocks did have 10 hours.

Why does this happen?

These are the only positive whole numbers that divide evenly into 10.

Now look at the factors of 12:

The fact that 12 has more factors than 10 means that there are more fractions of an hour that are still whole numbers.

Now do you see why it's easier to count by twelves, when it comes to time, than to count by tens? The same idea applies to months.

As a result, the Chinese zodiac, and other zodiac systems, have twelve symbols, one for each month. 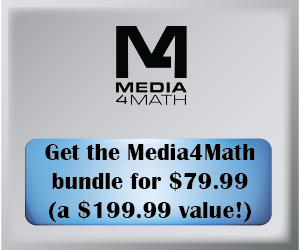