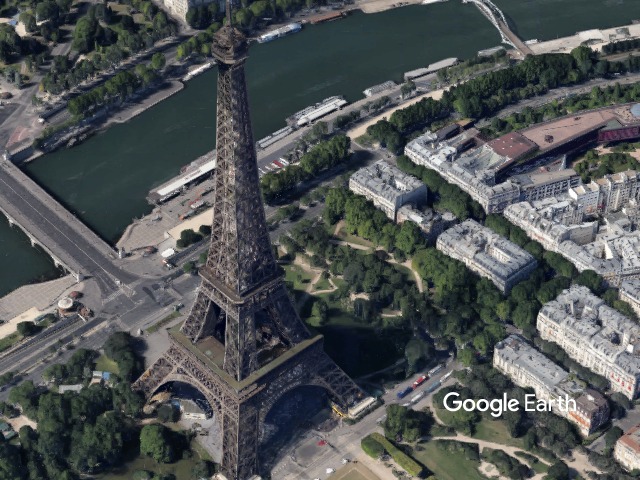 In this exploration, we will explore triangles by looking at different architectural sites. In particular we look at the Bank of China in Hong Kong and then the Eiffel Tower. Each building is an application of the geometric principles behind triangles. To see the Google Earth version of this lesson go to this link.

To see the complete collection of Google Earth Voyager Stories from Media4Math, go to this link.

1. Introduction to Triangles: The Bank of China Tower

To start this lesson, watch this video about the Bank of China in Hong Kong, which has lots of triangles built into its design.

2. The Geometry of the Eiffel Tower

In addition the following engineering concepts are introduced:

3. Constructing an Isosceles Triangle with the TI-Nspire

In this video construct an isosceles triangle using the TI-Nspire graphing calculator. All keystrokes are clearly shown for constructing this type of triangle.

The following geometric concepts are introduced:

4. The Rigidity of Triangles

In this video learn about the triangle inequality that involves the three sides of a triangle. We look at different sizes for trusses to discover the limitations on the size of a triangular truss. We go through the steps of building a triangular truss with a vertical support. We analyze the configuration of trusses into quadrilateral shapes and see how different forces create different areas of compression and tension.

In this video we go through a geometric proof to show that adjacent sets of triangular trusses on the Eiffel Tower are similar. The proof involves finding corresponding angles that are congruent.

We look at the Eiffel Tower's continuing importance to France and world culture.