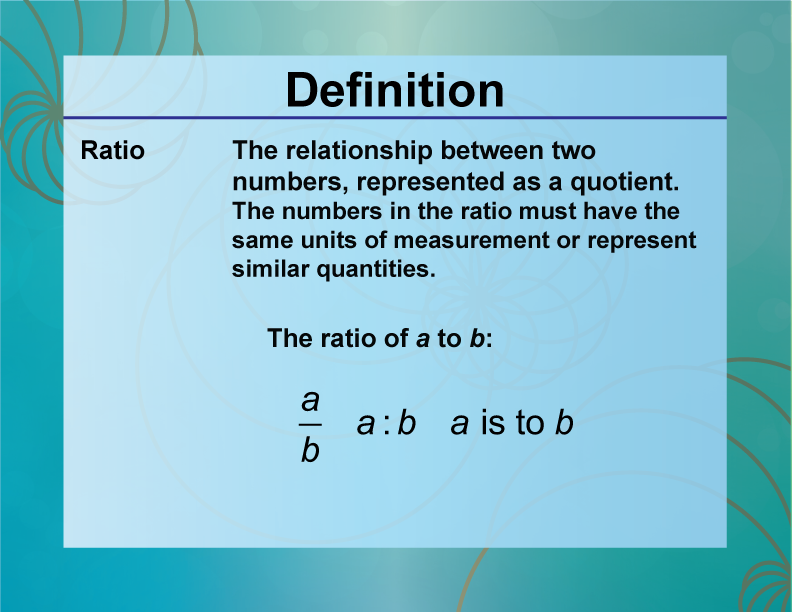 —PRESS PREVIEW TO SEE THE DEFINITION—

To see the complete collection of definitions, click this link.

The following section provides additional background information on the topic.

Let's look at an example. 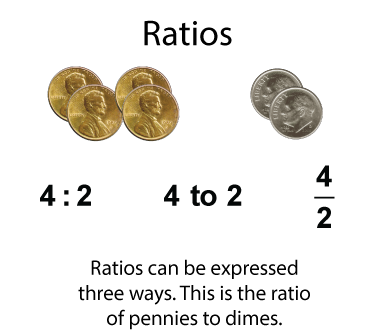 Here is a collection of coins. There are four pennies and two dimes, for a total of six coins. The ratio of pennies to dimes can be expressed as a ratio, and a ratio can be written in three different, but equivalent ways. One of the ways to express ratios is as a fraction. Do you see it?

When expressed as fractions, ratios can then be rewritten as fractions in simplest form. Notice that the ratio of pennies to dimes is 4 to 2, which, as a fraction, can be written as 2 to 1. 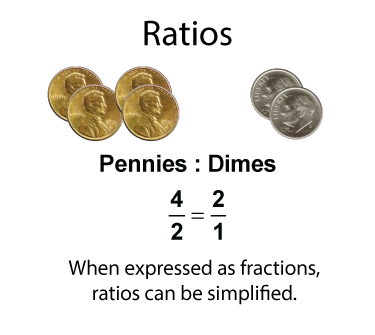 For some groupings, you can write a ratio that includes three terms. 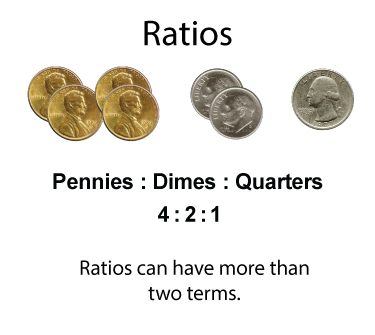 Ratios usually include similar types of objects. Here is a collection of different types of balls. 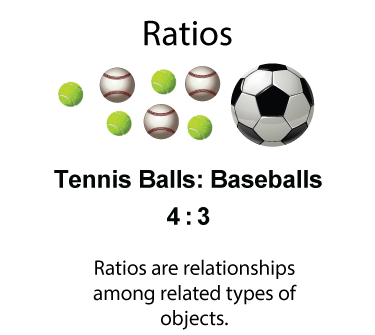 Rates are a special type of ratio. Rates involve different types of quantities. Here is an example of a rate involving cost and weight. 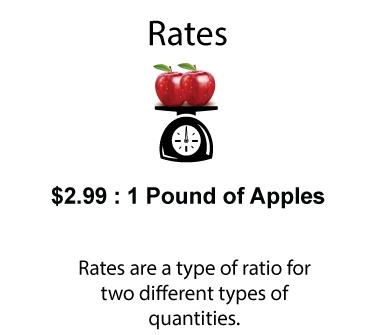 How Are Fractions Different From Ratios?

Although ratios can look fractions, they are different from fractions. Here is a collection of coins.

Why are there to different fractions? The ratio of dimes to quarters is a part-to-part ratio. The fraction of dimes is the a part-whole relationship.

Ratios, when expressed as fractions, are part-to-part ratios. This is why the ratio of quarters to pennies is 1:1, while the fraction of quarters is 1/3.

Do you see the difference between ratios and fractions?

What Are Equivalent Ratios?

Ratios express a part-to-part relationship between two items in a group of items. Equivalent ratios result when the ratios expressed as fractions are equal. Let's look at an example. 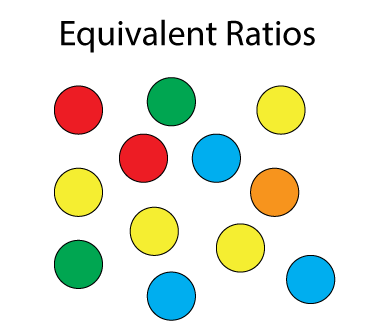 This is a collection of colored circles. First, look at the ratio of green : yellow.

Now look at the ratio of orange : red. 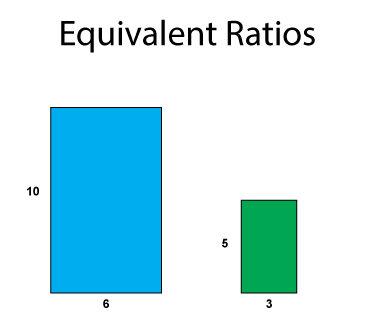 These two rectangles are proportional. That means that the ratio of length : width for the rectangles form equivalent ratios. 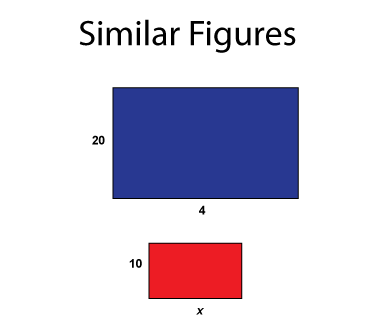 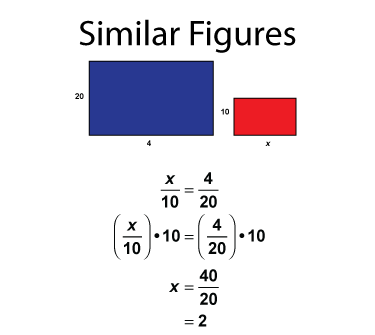 The first line of the equation are the two equivalent ratios. The unknown, x, is the side length of the blue rectangle. Solving for x shows the measurement that ensures the rectangles are similar.

Creating scale models is an example of solving proportions. When you see a scale model with a given ratio (for example, a 1:10 scale model) that means that the model is proportional to the original, scaled down by the ratio down. This is an example where a ratio does represent a fractional amount.

To learn more about Slide Show Creator, click on this Link.

This resources can also be used with a screen reader. Follow these steps.